An Exciting Jungle Safari Awaits You in Satpura Tiger Reserve

Are you thinking of an adventurous holiday?

Then imagine you are on an open jeep and exploring the unexplored winding tracks in between the woods of different shades of green. Getting close to the natural habitat, animals and the surroundings will make you lost in the enthralling jungle experience. Jungle Safari allows you to understand the beauty of the eco- system which comes in a package of fun filled outback adventure sports, forest walks and sightseeing. These natural lungs of the earth not only provide a habitat for animals but are also essential to the vital functioning of our planet. 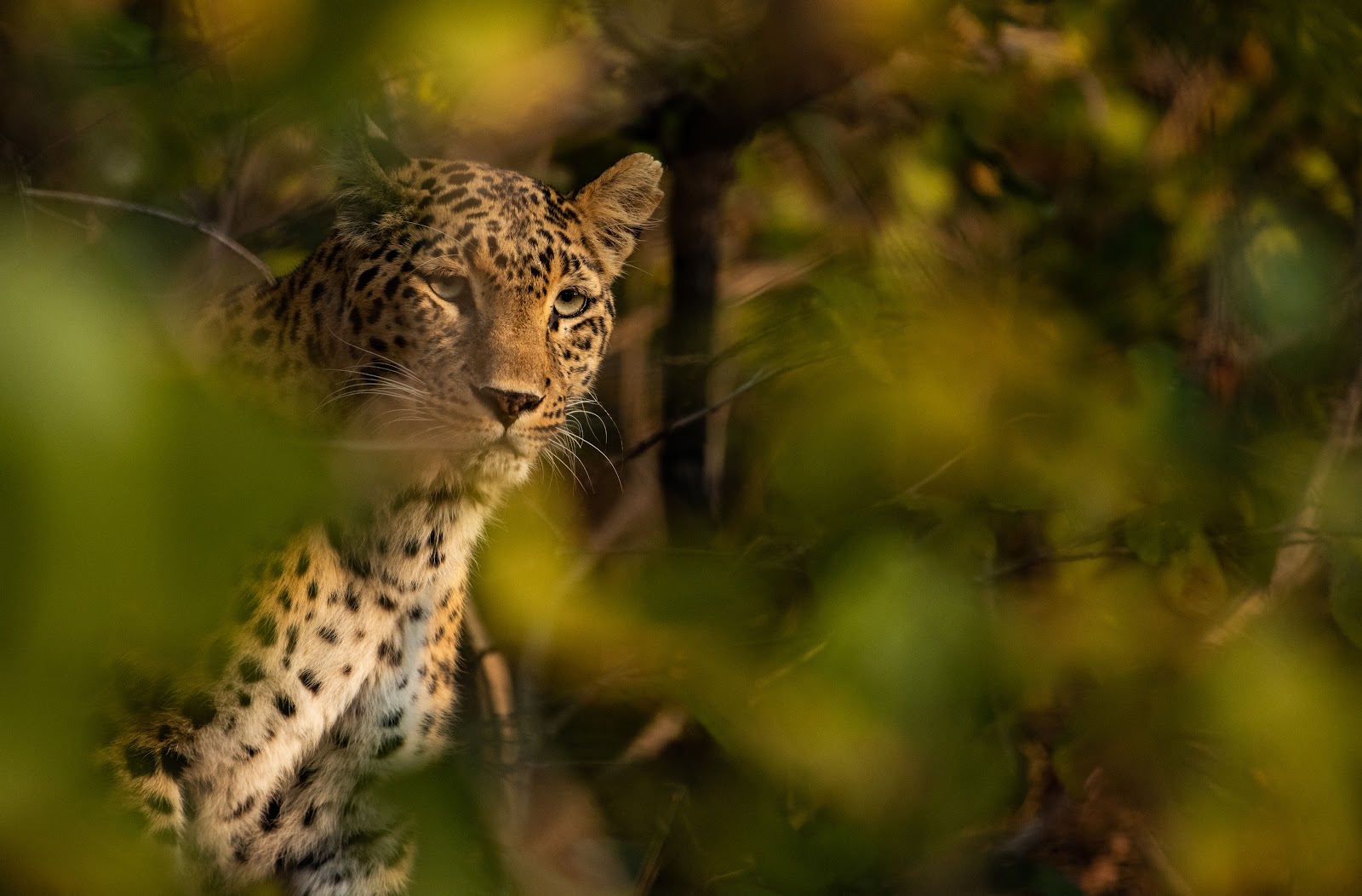 India is a home to hundreds of rare wildlife species including the famous and magnificent big cats. In a jungle safari in India you get an opportunity to encounter diversified habitat and the animals thriving there. Most intoxicating is observing and getting the comprehensive idea of their natural behavior that we are deprived of seeing in the zoo. Satpura is the best place to interpret the natural wildlife behaviour

Waking up in the morning and preparing yourself to receive the surprises nature has stored for you. When you are waiting outside the park gate to open, then entering and hitting those dusty tracks is an adventure beyond imagination, a hunt that will take you closer to the greater spaces of nature. Inhaling the fresh air, following the animal track and signs on the trails, listening to the jungle, recognizing the distress calls of the prey due to the presence of the predator, the smell of the soil and the scent marking…and it goes on. All together these are the treats for your eyes and soul. It does not end here, picture you with a hot cup of coffee or tea and having a picnic breakfast in the middle of the jungle while enjoying the view throughout. 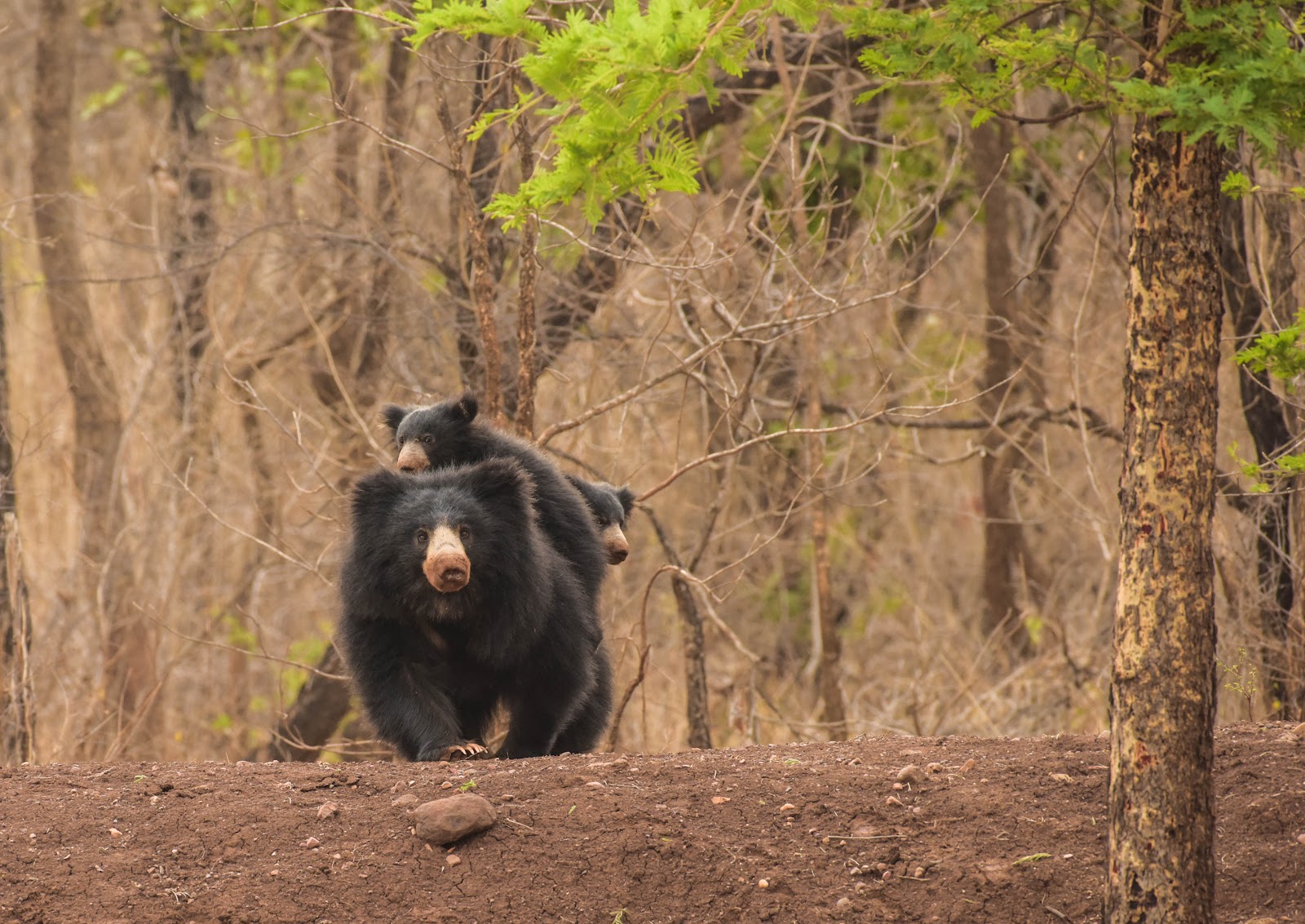 Sloth Bear and the Cubs

In most of the places in India, safaris are done by jeep and there are also places where you can explore the forest by boat. But you rarely get a chance to walk in the core area of the Tiger Reserve or National Parks in India. Satpura Tiger Reserve in Madhya Pradesh is one of them where you can go for a walking safari both in core and buffer. Imagine yourself on foot in the jungle knowing that there are wild animals around. You feel vulnerable but at the same time your senses become stronger. You can do canoeing and boat safari too.

The Leopard might be looking at you through the leaves or just crossing the tracks. On a sunny morning the sloth bear is busy digging the termite mound or rubbing its back against the tree bark. The troop of langurs is hooping, grooming and also they hide and keep an eye on you with curiosity. The most mischievous infants engaged in pulling each other’s tail and jumping around. The wild pigs running through the grassland will remind you of Pumba from the movie “The Lion King”. The Gaur is browsing or grazing while showing off its muscle like a bodybuilder. The spotted deer giving a surprising gesture or scrapping of the velvet from their antler. The sambar peed in a mud-pool then wallowing there to carry its own scent and walk around the jungle. The wild dogs are whistling to communicate with the pack. The racket-tailed drongos are mimicking the call of the birds of prey (raptors). The raptors are patiently waiting for the prey to come in close proximity while perched on a top branch. The pea-fowls are glorifying their ravishing colors. The enthusiasm and perfection of a hunting party flock. The drumming of woodpecker’s pecking sound. The migration pattern of birds from one part of the world to another is a fascinating subject in itself. The big eagle owl to small jungle owlet, colorful butterflies to fascinating mushrooms, the hovering dragonflies to camouflaging grass mantis, the basking crocodile to slithering python, and the wild flowers to water bodies all will give you the right meaning of tranquility. Then of course the most charismatic big cat – the tiger strolling in its territory and imagining walking head-on. 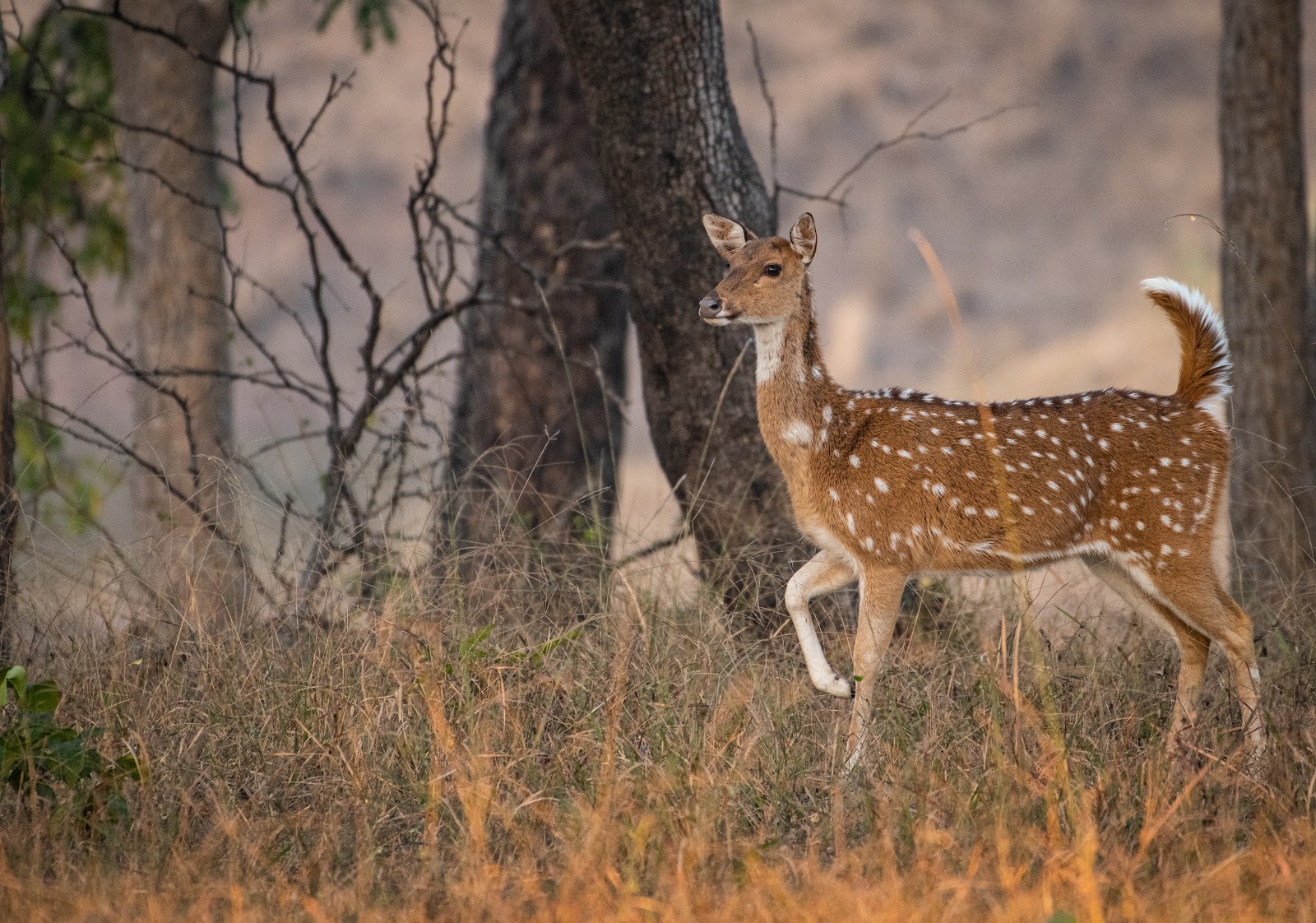 The jungle safaris are much more lively and thrilling as there are no repetitions. Every safari is a new adventure. The adrenaline rush is always on and keeps you occupied throughout. Animal sightings are not guaranteed in a jungle. Need to respect the fact that you are entering someone’s abode and need to remain quiet, not litter and understand the certain amount of anticipation and excitement as you sight animals among the thick foliage of the jungles. The spectacular view and feeling will always flourish your memories. So let’s ROAR!!